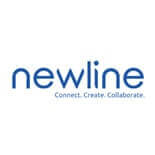 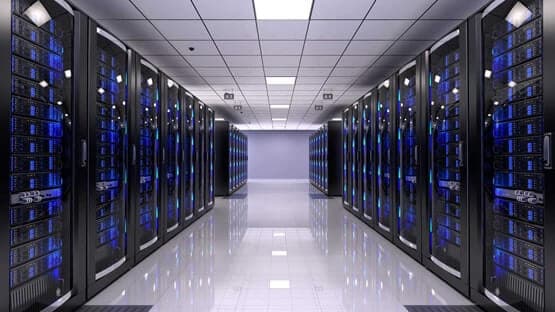 Access Control Systems are designed to monitor and control people’s access to Datacenter Area. An Access Control system involves the use of an access device which is swiped over a reader to gain access. The device can be in the form of an Access Card, Access Fob or Pin Code, but these are often accompanied by a second level of authentication by using Finger Print, Finger Vein or Retina Scanning.

Most people are aware of CCTV surveillance as it is widely used commercially and in the public sector – for example, in town centers, shops and on public transport, Private Building etc.

CCTV is an acronym for Closed Circuit Television: “closed circuit" as in an installation of directly connected components creating a circuit which cannot be viewed by anybody outside of the circuit, An obvious use for CCTV is to prevent crime and malpractice but it is also a valuable business management tool offering staff protection, supporting Health & Safety initiatives, aiding investigations, proving innocence and avoiding lawsuits; other examples of its use are help with production control and other observational objectives in factories where, for example, conditions are unsuitable for human intervention.

Our rodent repellent solution will protect Datacenter Infra from Rodent to big damage. Rodent Repellent are electronic transmitters of high frequency sound (well above the 20 KHz frequency which is the upper limit of the hearing range of the human ear). They emit intensive sound at high decibel levels (sound pressure) that is audible and painful to pests but is inaudible and harmless to humans. The pests will usually leave the area being protected by the ultrasound.

Water Leak Sensing Cable used to sense water leakage detection which triggers to BMS. Water leak monitoring in buildings with sensitive electric and electronic equipment or valuables is today an elementary part of building supervision and guarding. The water leakage detection systems are used for the surveillance of rooms, piping and individual items. Each leakage is detected with meter accuracy and reported directly in the building surveillance. This ensures that the location of the leakage can be found quickly so that countermeasures can be introduced immediately. The sensor cable and point sensors can be combined at will. The monitoring electronics are available with or without locating.

Our VESDA solution is proactive mechanism to deal with Fire, It detects smoke at very early stage and send alert/signal to integrated fire suppression system to prevent fire before it occurs. VESDA smoke detection is a suitable replacement for conventional smoke detection where accessibility is limited.

VESDA detection with Fire Suppression is a fantastic combination. With ever increasing environmental responsibilities, it is essential that a fire suppression system should deploy unnecessarily. VESDA smoke detection use in conjunction with conventional smoke detection is a perfect match. Preferably VESDA detection samples the air across the return plenums of the air conditioning systems which provide primary smoke detection. An alert alarm can be raised and human intervention can prevent the gas from discharging.

VESDA works by continually drawing air into the pipe network via a high efficiency aspirator. A sample of this air is then passed through a dual stage filter. The first stage removes dust and dirt from the air sample before it allows the sample to enter the laser detection chamber for smoke detection. From the filter, the air sample is passed through to the calibrated detection chamber where it is exposed to a laser light source. When smoke is present, light is scattered within the detection chamber and is instantly identified by the highly sensitive receiver system. The signal is then processed and presented via a bar graph display, alarm threshold indicators and/or graphic display. The VESDA detectors are able to communicate this information to a fire alarm control panel, a software management system or a building management system via relays or a High Level Interface (HLI).

Fire Suppression Systems are commonly used on datacenter & heavy power equipment. Suppression systems use a combination of dry chemicals and/or wet agents to suppress equipment fires. Suppression systems have become a necessity to several industries as they help control damage and loss to equipment. Common means of detection are through VESDA, Heat Sensors, wiring, or manual detection (depending on system selection).

How can we help you?

Email a Sales Representative
Get in Touch